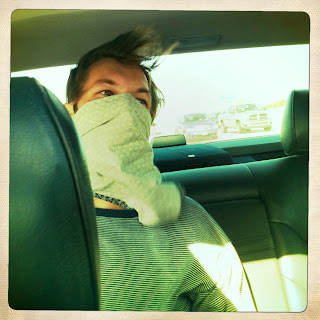 Since the beginning of Audio Splash, one of the bands that I've had the most frequent correspondence with has been the glo-fi Philly outfit Work Drugs.  One reason why this has happened is because they're incredibly nice dudes, and other is because, well, they make some fantastic music.  In all my time following them they have been able to put out good material at a very consistent rate; in fact, they just recently released the album Absolute Bearing this past July.  Following that up already, today they whipped out a new single "The Art of Progress", a song that they say was originally written in 1994 as a response to U.S. President Bill Clinton and Russian President Boris Yeltsin signing the Kremlin accords. Obviously the song was shelved until the present day, 2012, or you would've heard it 18 years ago.  Like much of the material they release, "The Art of Progress" is a smooth jam that emanates a slick, chill vibe.  It's seamless in integrating itself with the classic Work Drugs image; a couple of good friends hanging on a boat during a hot, summer day accompanied with a few good laughs.  Although not on a yacht, the video that goes with it complements that scene.  Listen to "The Art of Progress" below, and if you like it they offer it as a free download over at SoundCloud.  As usual, don't forget about visiting their Facebook (holy shit at 22,000+ likes!), Twitter, or homepage.

The Art of Progress by Work Drugs
Posted by Misha at 11:04 AM